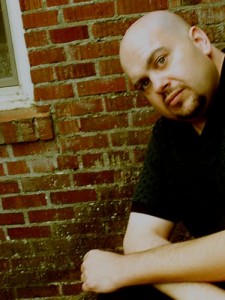 Christian Carvajal is an author, director, actor, and columnist based in northwestern Washington state. He’s also the restless mind behind Carv’s ThinkyWorks, a content factory for print and web-based media. He specializes in product reviews, corporate videos, and other narrowcast marketing communications.

“Carv” added an MFA in Directing to his BA in Communications and BS in Math for Secondary Education, then moved to Los Angeles to work in the film and television business. He started as an extra, but studied directing and screenwriting while working as an assistant at Warner Bros. “I’m in quite a few movies from 1997, without any lines, of course. You can see me quite prominently in Blast from the Past and Deep End of the Ocean. I also had a speaking role in a movie that allegedly wound up on Scandinavian television. Sad but true.”

He grew frustrated with the commercialism of L.A. cinema and returned to Oklahoma, where he helped found the Cross Timbers Theatre Company. From there he moved to Washington state, where he wrote and saw published a thriller called Lightfall. By night, he’s a feature writer, columnist, and critic for The Weekly Volcano, and he’s working on a new novel. “I promised myself years ago I’d write three novels to talk about the biggest taboos in American conversation,” he explains. “Lightfall was my statement on religion. The next one is all about sex.” 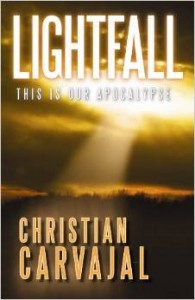 He’s been interested in American religion since he was old enough to read. He was born into a passionately fundamentalist Christian faith, Jehovah’s Witnesses. By the age of 16, he was spending 80 hours a month knocking on doors, trying to talk people into studying Watchtower magazine. In the meantime, however, he’d become a fan of popular scientist Dr. Carl Sagan, who convinced him evolution was a fact and God was unnecessary to explain or control the universe. Carv’s love of science fiction compelled him to write his first genre short stories. By the time he graduated college, he says, “I came out as an atheist zealot.” Since then, his worldview has become less emphatic, and he describes himself as “a cosmically reverent agnostic.” This perspective inspired a recent ebook, Rereading the Bible: Agnostic Insights into Genesis, the Gospels, and Revelation, available for Kindle, Nook, or other EPUB formats.

Carv admits he looks forward to the controversy inherent in his books with mixed emotions. “Religion’s just the warm-up,” he laughs. “Sex and politics—whew. That’s where the fun really begins.”